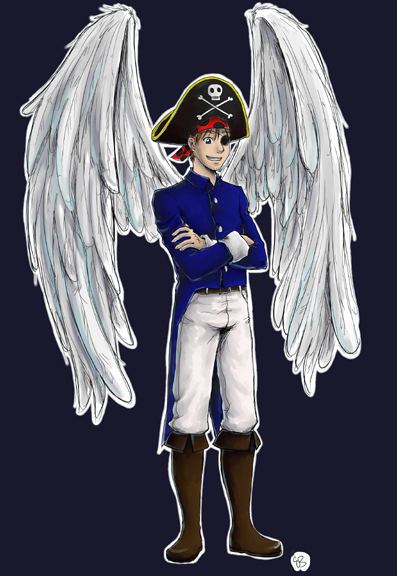 Special Notes/Powers: Walter is surprisingly creative and learned in arcane theory and capable of building a variety of magitech devices on the fly.

Profile: Walter is a pirate. He looks like a pirate; he dresses like a pirate, he talks like a pirate and he does piratey things, like drink rum and…um…sails on a ship? Though sail probably isn’t the best term to use; considering the ship is an airship and is typically destroyed, or lost, or stolen. Also his pirate accent slips more often than not; so he doesn’t really talk like a pirate. Okay, so Walter isn’t really a pirate, but he tries very hard to be a pirate, and with a little more practice he’ll be pillaging and looting with the best of them. Now, if he can only forget all that pesky magical engineering training.